The eel is rich in high-quality protein and a variety of Amino acids needed by the human body. It is good for disease prevention, and also can play a brain tonic effect. Eel is also rich in vitamin A and vitamin E, which are 60 and 9 times higher than that of common fish, respectively. Eel is beneficial to protect the liver, prevent vision deterioration and restore energy. 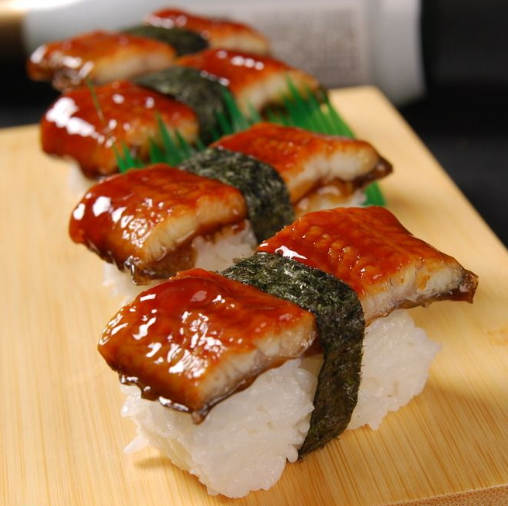 The fish with the least privacy – Eel
In 2017, a fish with transparent innards became an Internet sensation and was dubbed “the world’s least private fish” by netizens.
In the video, only the general outline and lines of the fish can be seen. Organs, blood and bones are clearly visible, while other parts are completely transparent, as if you are seeing a fake fish.
It is said that this is our common eel, but this is a child eel.  The life history of eels can be divided into six stages, and the body color will change greatly at different stages . 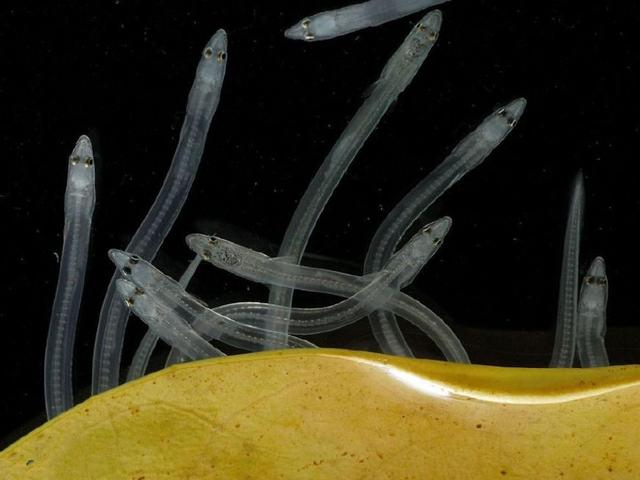 The legendary life of an eel
Eels like to live in clean, pollution-free waters and are the purest aquatic creatures in the world.
Eels grow in rivers on land and migrate to spawning grounds in the ocean to lay eggs after maturity. They only lay eggs once in their life and die after spawning.  This pattern of life, as opposed to the Anadromous salmon, is called Catadroumous.  Its life cycle is divided into six different stages of development, in order to adapt to different environments, the body size and color of different stages are greatly changed: egg-stage: located in the deep sea spawning ground.
Leptocephalus: When they swim long distances on currents in the open ocean, their bodies are flat, transparent and as thin as willow leaves, allowing them to drift with the currents.
Glass eel: When approaching coastal waters, their bodies streamline to reduce drag and escape strong currents.
Eel lines (Elvers) : When entering estuarine waters, melanin begins to appear, but it also forms a supplementary source for cultured eel larvae.
Yellow eel: During the growth of the river, the fish has a Yellow belly.
Silver eel: At maturity, the fish changes to a silvery white color similar to that of a deep sea fish, with enlarged eyes and wider pectoral fins, adapted for returning to the deep sea to spawn.
The sex of eels is determined by the acquired environment. When the number of eels is small, the proportion of females will increase, and when the number of eels is large, the proportion of females will decrease. The overall proportion is conducive to the increase of the population. 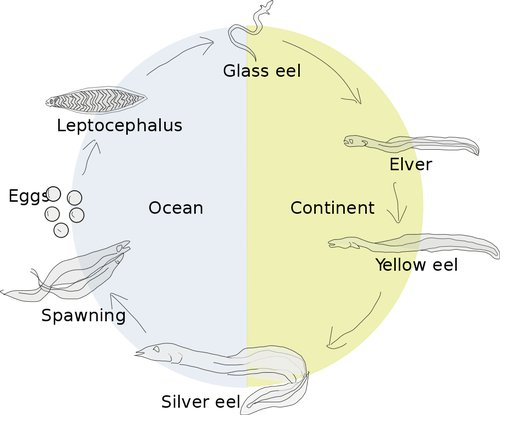